IE10 and below are not supported.

Did you know - updated weekly 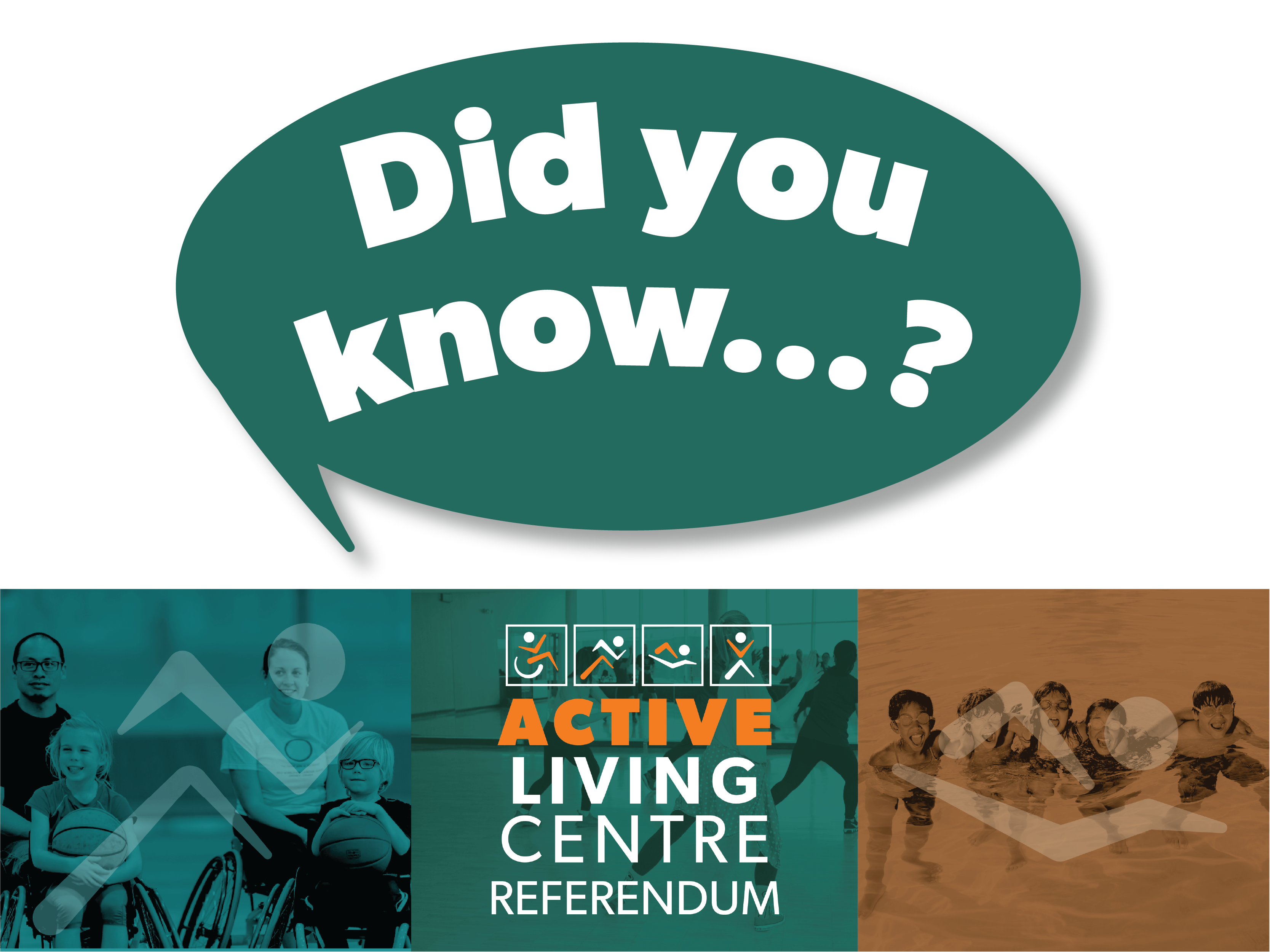 Since 2020, the City has been collecting frequently asked questions regarding the proposed Active Living Centre and the referendum process. Answers to these questions are available under the FAQ tab of this webpage, but we are also providing the information on the City's social media channels each week with a "Did you know...?" feature. As the social media posts are shared, they will also be added to the news feed section of this webpage.

Eligible voters in Vernon can vote between 8:00 a.m. and 8:00 p.m. at any of the following locations:

Voting is open to residents of all types, including property owners and those who rent. Voter registration takes place at the time of voting. Remember to bring two (2) pieces of identification.

Did you know - October 6

There are multiple major facilities in our community that were developed through a referendum process.

Did you know - September 29

The features and amenities within the proposed Active Living Centre are the result extensive public and stakeholder input.

The Active Living Centre Feasibility Study was conducted between October 2019 and April 2020. The Feasibility Study included a comprehensive public and stakeholder engagement process to ensure the proposed facility reflects what the public asked for, meets the current and future needs of residents, and also has the opportunity to attract new residents and visitors to the area.

Did you know - September 22

Currently, Vernon has two public gymnasiums; the Dogwood Gym and the Priest Valley Gym, which are used at or near capacity year-round for volleyball leagues, drop-in sports, camps, afterschool programs, playschool activities and public rentals.

If electors vote in favour of the referendum question, a double gymnasium in the Active Living Centre would significantly increase the amount of available public gym space and recreation opportunities for the community.

The 150m walking/running track, which would be located above the gymnasium, would offer participants Vernon’s first indoor synthetic walking surface.

Did you know - September 15

The aquatics area of the proposed Active Living Centre includes a 50m pool with 2 movable bulkheads.

A bulkhead is a structure that can separate a pool into different sections. With 2 movable bulkheads, a 50m pool can be separated into 2 x 25m sections or 3 areas of varying size (e.g., 12.5m, 12.5m, 25m). If built, this functionality would provide increased aquatic programming opportunities.

As an example: lane swimming could be taking place in one area of the pool, while the other areas are set up for public swim, aquatic exercises, or swim lessons.

Based on extensive public and stakeholder engagement, having a 50m pool with movable bulkheads would provide the desired goal of accommodating the everyday aquatic needs of the community while also having the ability to host events.

Did you know - September 8

The City of Vernon is committed to seeking grants, donations and naming rights revenues, as opportunities arise, to reduce the overall cost of the proposed Active Living Centre project and the impact for taxpayers.

Recently, the City applied for a grant of up to $6 million through the Canada Community Building Fund in British Columbia. If electors vote in favour of the referendum question and if the grant application is successful, the funds can be used toward the planning, design, and construction of the facility.

According to the grant administrator, information on the status of the City’s application is not expected to be available until the end of 2022 or the start of 2023.

Did you know - September 1

If the proposed Active Living Centre is built, it will be located at Kin Race Track Athletic Park, adjacent to Kal Tire Place.

Based on extensive public input during the #ActiveLivingCentre Feasibility Study, a single, multi-purpose recreation facility is the preferred option. It is estimated that $300,000 can be saved annually by operating one aquatic facility with a 50m pool instead of 2 separate 25m pools in different locations. By building the facility adjacent to Kal Tire Place, additional cost savings and increased energy efficiencies can be realized by taking advantage of heat recapture technology; using the heat loss from the arenas to assist in heating the new facility.

The proposed Active Living Centre is the result of extensive public consultation regarding the indoor recreation needs of residents in the Vernon area.

In 2018, Greater Vernon Recreation Services conducted a consultation process with the public, stakeholders, and elected officials in order to develop the Greater Vernon Recreation Master Plan. One of the Master Plan's many recommendations was to enhance the quantity and quality of local recreation facilities, including: indoor aquatics, community gymnasiums, dedicated program spaces and fitness/walking spaces.

In 2020, the Active Living Centre Feasibility Study was completed, which also included extensive engagement and consultation with the public, stakeholders and elected officials.

Through that consultation process, a preferred option was identified, to build a single multi-purpose recreation facility - the Active Living Centre.

Thank you for your contribution!

Help us reach out to more people in the community